END_OF_DOCUMENT_TOKEN_TO_BE_REPLACED

Prone or Belly Board Alaias 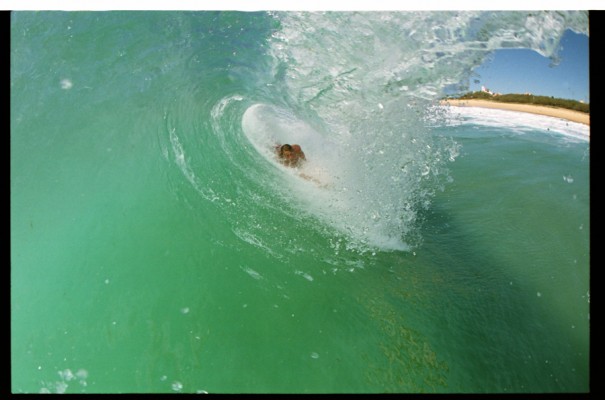 Finley was 5 years old when I was pushing him into tiny reforms on little alaia.  I would watch him from behind and I could see his head going towards shore.  One whitewash reformed into a wave with shape and I hoped he may angle across it.  But, I just about had a heart attack as I saw the shadow of his head through the wave go so fast that I thought he would for sure get hurt.  I wasn’t expecting that at all!  Such is the speed of the prone alaia. Once I found how much fun the short (at the time) 7’ alaia was to ride prone I was hooked.  I could make impossibly long sections at the points and I spent more time than ever in the tube. As the board evolved they became shorter.  Surfing with my wife and kids, we found the little alaia was super fun in small surf as well.

You will love these