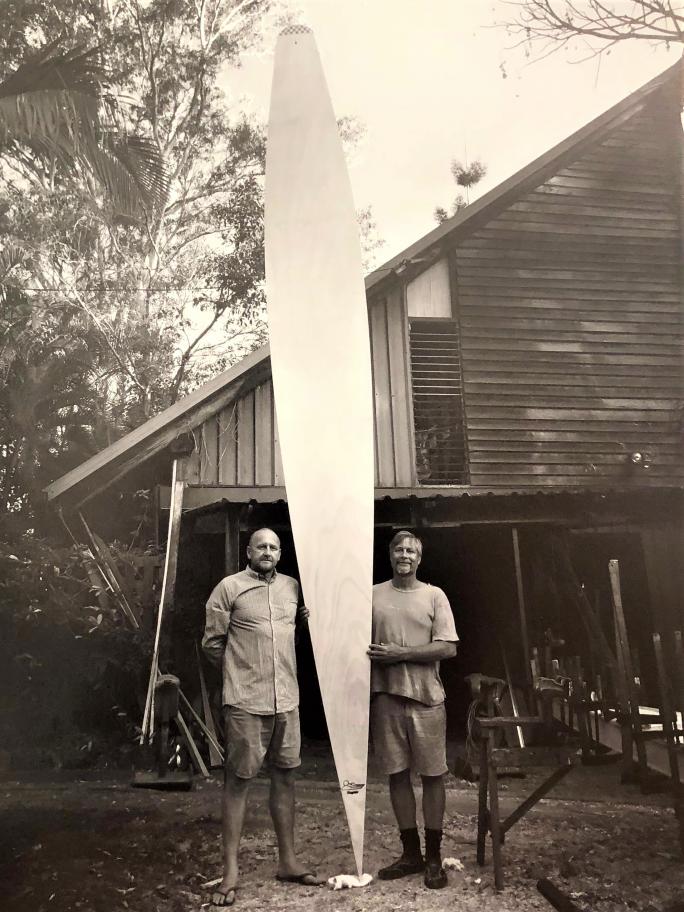 Tom Wegener - A Deeper Shade of Blue from www.KORDUROY.tv on Vimeo.

This is a video clip Jack McCoy made when shooting for his Masterpiece, A Deeper Shade of Blue

If I could have only two surfboards, one would be an alaia and one would be a toothpick.  The toothpick glides across a swell better than any other board I have known.  The finess and elegance of sliding into a swell way outside the impact zone on a long hollow plywood board is surreal.  You feel the energy of the open ocean swell as it slows as it feels the bottom and lifts.  It is a part of the ride that almost no surfers experience.  The surfing is technical as you are going fast, but have to slowly anticipate where the wave is going and set your line early and be ready to free fall sideways and engage the suction from the roll on the bottom to grab the water and reset your rail.  It is a lot more subtle than relying on a fin. 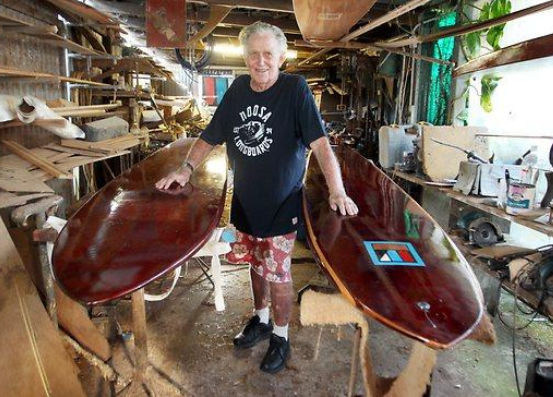 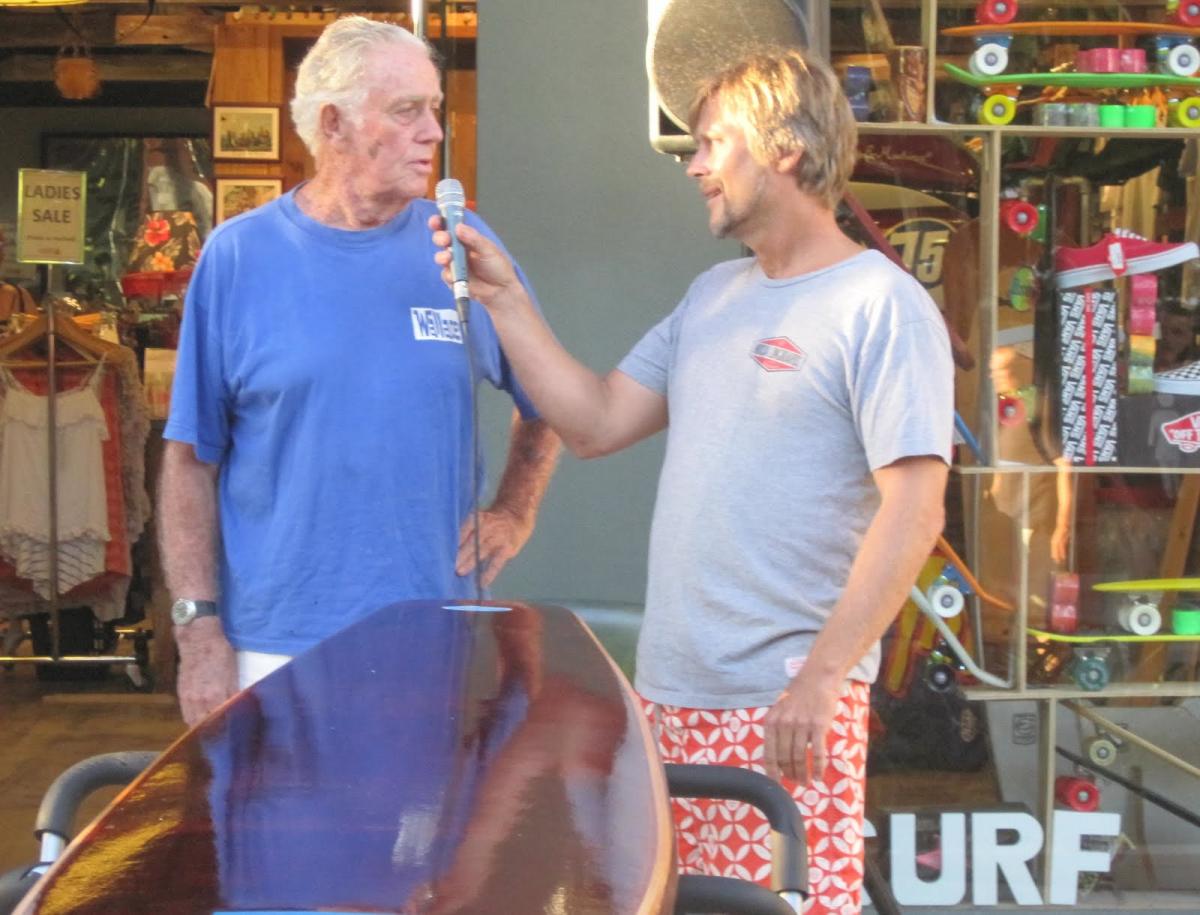 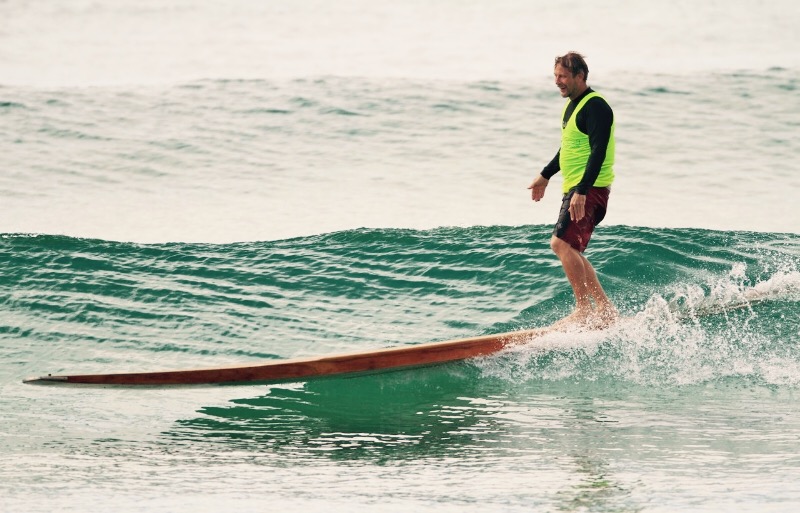 The Great Bill Wallace in his shed circa 2005 and an interview with me at Noosa Longboards. Below, I am gliding on a Wallace 20 footer.

I am fortunate and infinitely honoured to have known the greatest toothpick maker from that age gone, Bill Wallace.  I watched Wallace make my toothpick and spend more afternoons than I can remember sitting with him drinking whisky from his still and listening to his stories. I asked Bill what was his greatest acheivment - that he was most proud of.  He gazed off… had a sip…his old had on an old glass, ice chipped with a chisel. it was helping the diggers when they came back from Europe in WWII.  They needed help readjusting to life in Australia.  He took them surfing.

As Wallace move from his home to the aged care facility, I helped clean out his shed and distribute his tools.  I was given his templates.  For me it was eye watering, taking the long, delapitated strips of plywood, scribbled with notes here and there, from the workshop as they will no longer see the hands of their maker.  They are the physical manifestation of a life dedicated to a surfboard design.  A design which has been temporarily religated to the shelves but will emerge again. 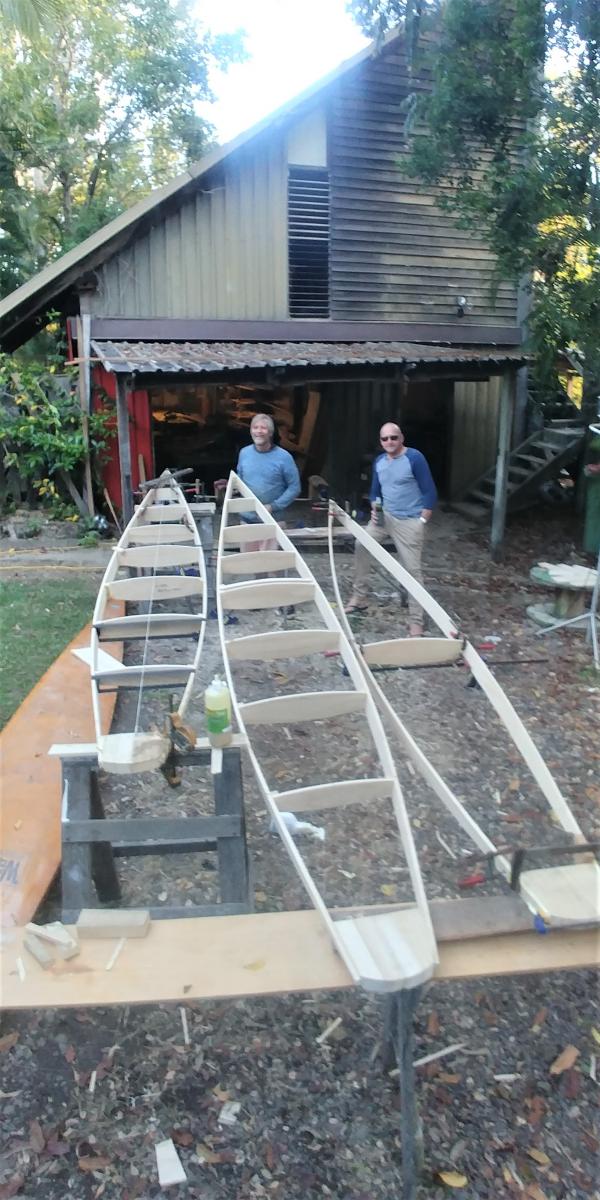 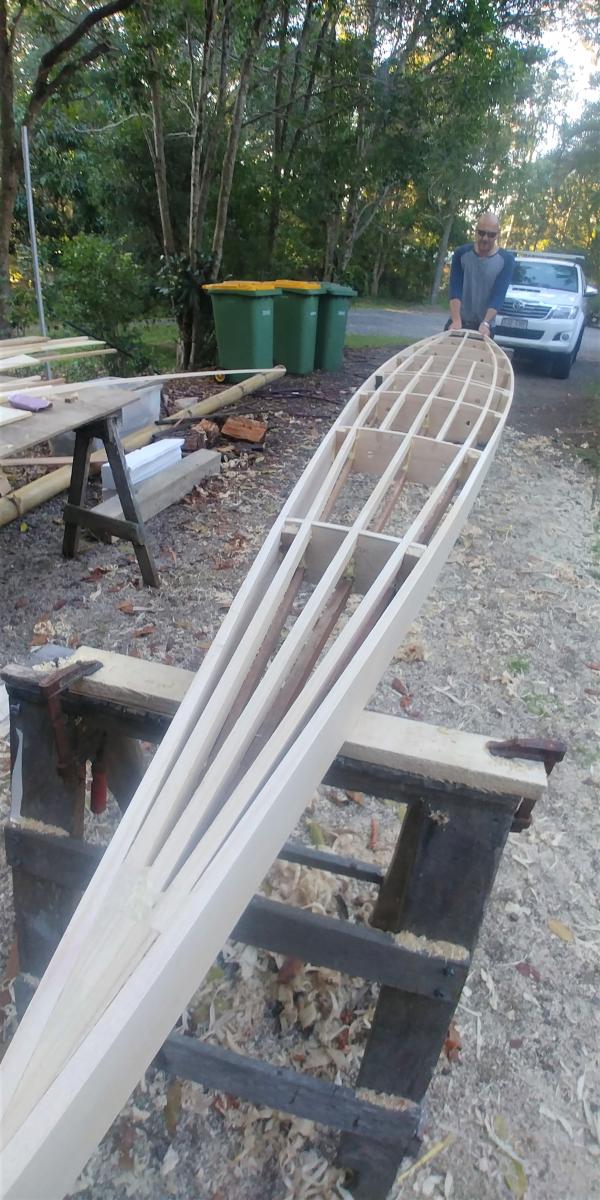 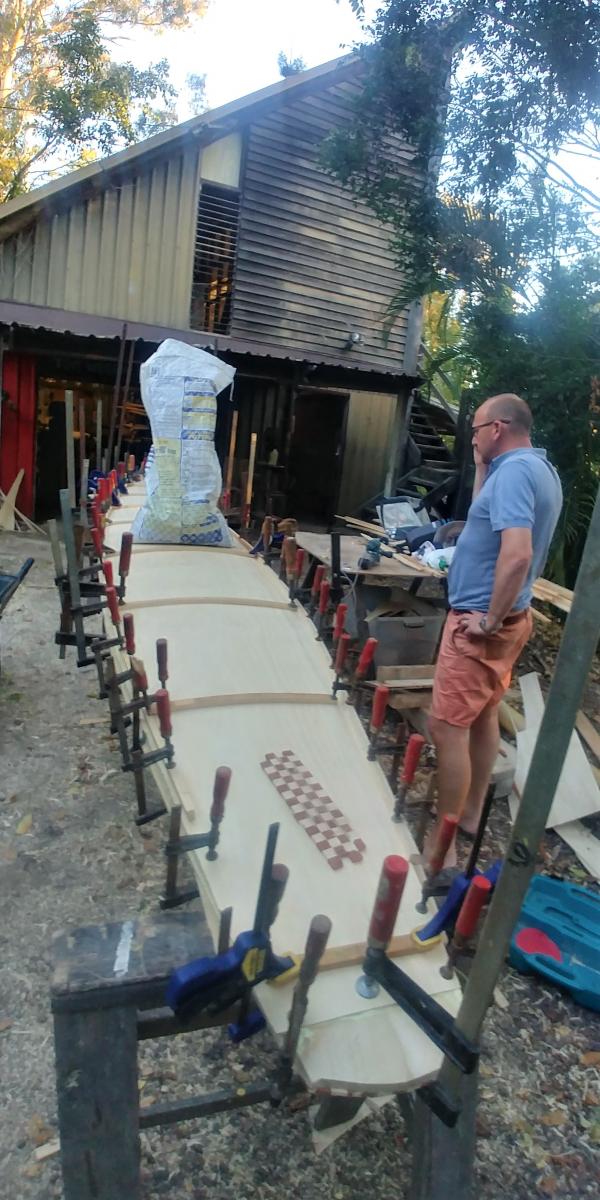 Toothpick enthusiest Steve Haliwell and I made three toothpicks.  Steve was one of our first guests to the wegener surf stay.  Making the boards takes a lot of mental gymnastics.  it is very difficult to make them strait!